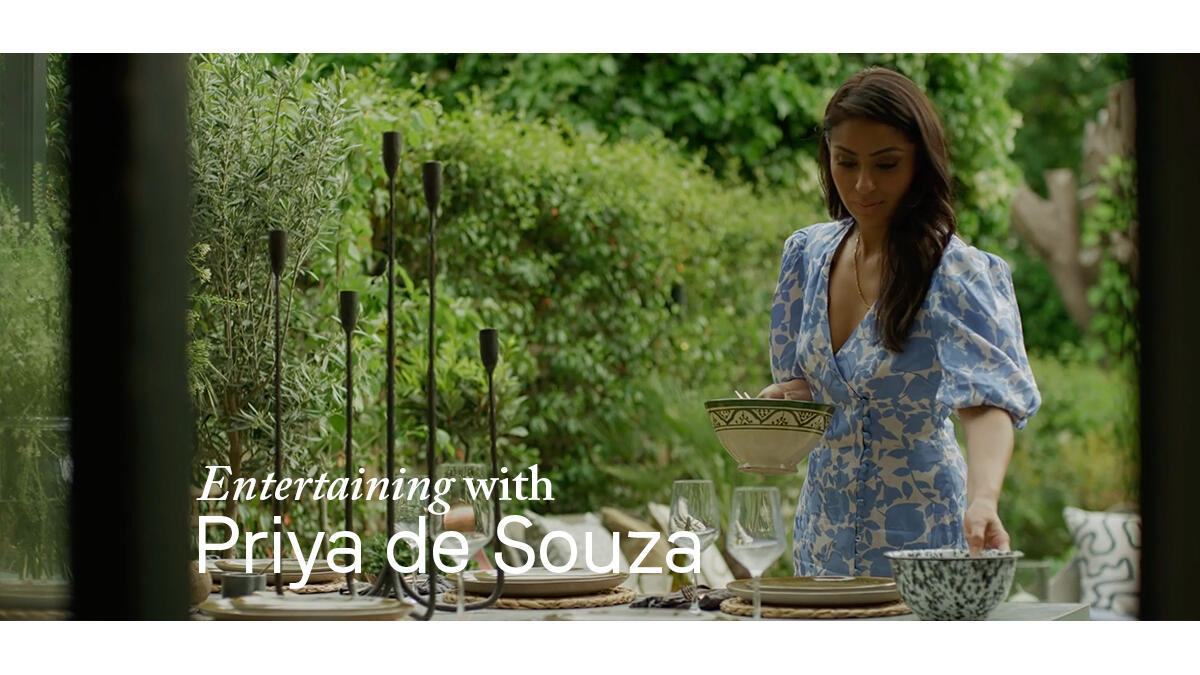 'One day I'll write a cookbook,' says communications director Priya de Souza. 'My mum wants to feature in it as well, and we're going to call it "From Newcastle to New Delhi". I'm from the North East of England, but originally from India, and I think about it all the time.' Even though she says this with a twinkle in her eye, it feels like de Souza is only half joking about her publishing aspirations, as it's clear that she's passionate about making great food.

'I remember being about eight years old, having to carry trays of drinks for my mum's guests. She's an amazing chef and taught me loads, although I'm still not as good as her. Now that I have a son, he cooks with me and I fantasise that one day he'll be on Junior MasterChef.'

It is indeed a family affair, and although Indian cuisine is high on the menu, de Souza's repertoire now extends beyond her mum's traditional recipes. 'I also make Italian, Thai, anything Asian - basically, I'm not a fan of bland food. When I have guests over, the first thing I do is check how much spice they like. I love to lie in the bath and compile my perfect menu. It changes by the day, but everything has to be full of flavour.' 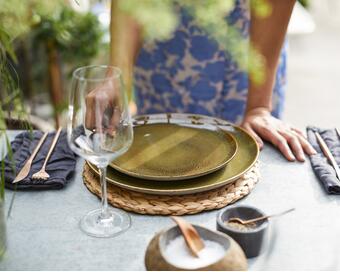 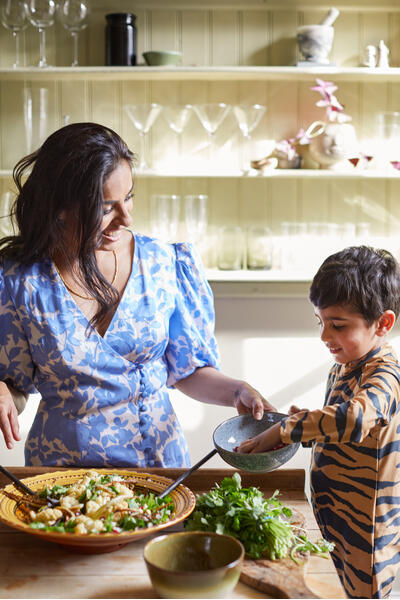 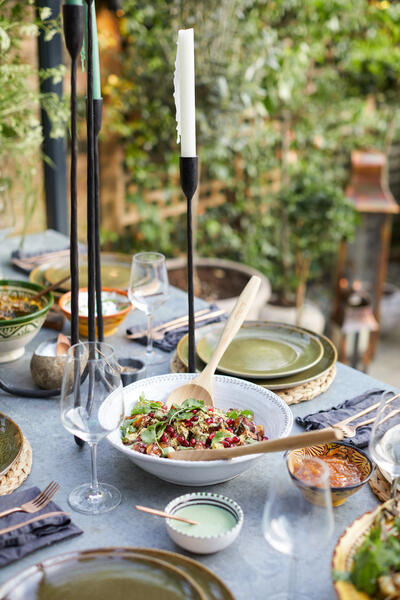 When it comes to drinks, de Souza's menu is as varied as the dishes she serves, but events tend to kick off the same way. 'When I was pregnant, all I could think about was pink Champagne, so I like to start with an ice-cold glass, and no party at my house is complete without it. After that, we move onto a cocktail - my husband is a master of the Espresso Martini - then wine during dinner. I have a sweet tooth, though, so I could drink cocktails all night, and Soho House has definitely inspired me. Like most members, I'm a big fan of the Soho Mule. And, for me, nothing says Friday evening like a spicy Picante.'

This penchant for home mixology means that de Souza's drinks trolley is loaded with specialist kit. 'I'm a stickler for using the right glass for the right drink, and I'm obsessed with beautiful stemware - drinks just taste better. I've also got giant ice cube moulds and all kinds of cocktail shakers. 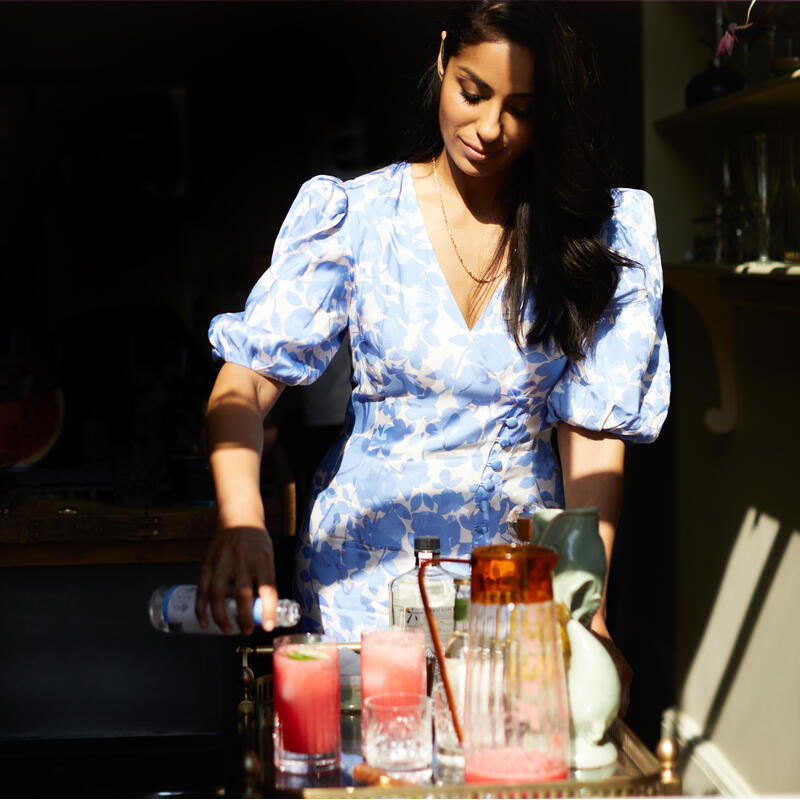 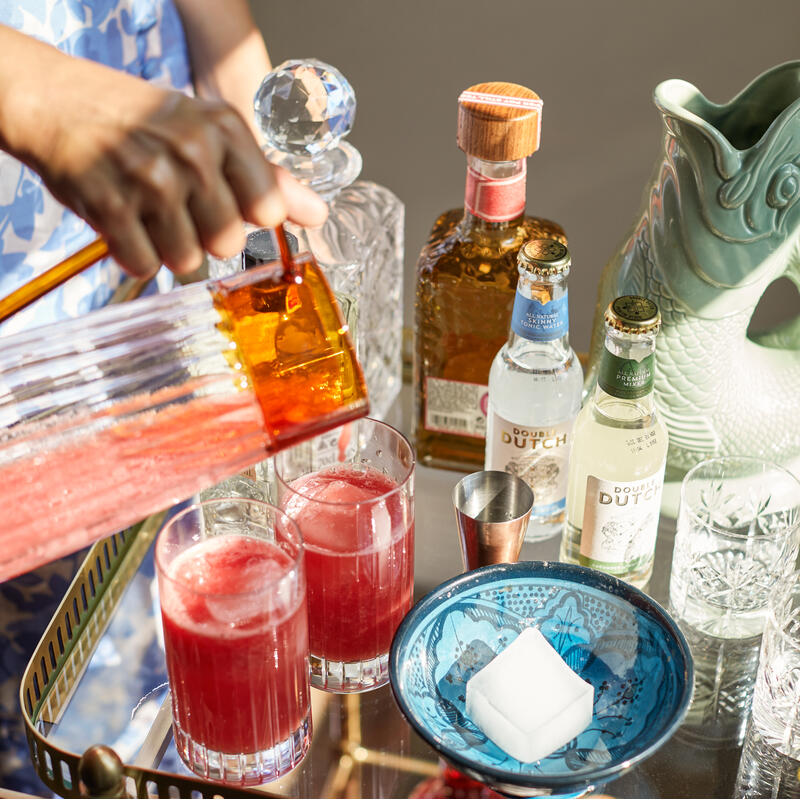 Playlists, candles, fancy napkins - all essential components of a party at de Souza's home, where laying the table is key to the proceedings. 'I have a Pinterest board full of tablescapes, and when my husband and I had our first flat, I would practise even when no one was coming round,' she says. 'Now we've got a beautiful outdoor dining space, it gives me so much pleasure to make it lovely for guests. I don't think there are any rules; flowers, foliage, candles, whatever makes you happy. I collect lots of linens and I'm a fan of a good napkin.'

A great playlist is also high on the agenda, and on sunny days Brazilian music, reggae and bossa nova are the genres of choice. 'I'm a working mum, so there's no time for table plans, and people can sit where they like,' says de Souza. 'The cross-pollination of friends and partners really makes me happy. My main piece of advice when it comes to hosting is to just get the drinks flowing, and as long as the food is edible and the people are fun, it's going to be a wicked night.' 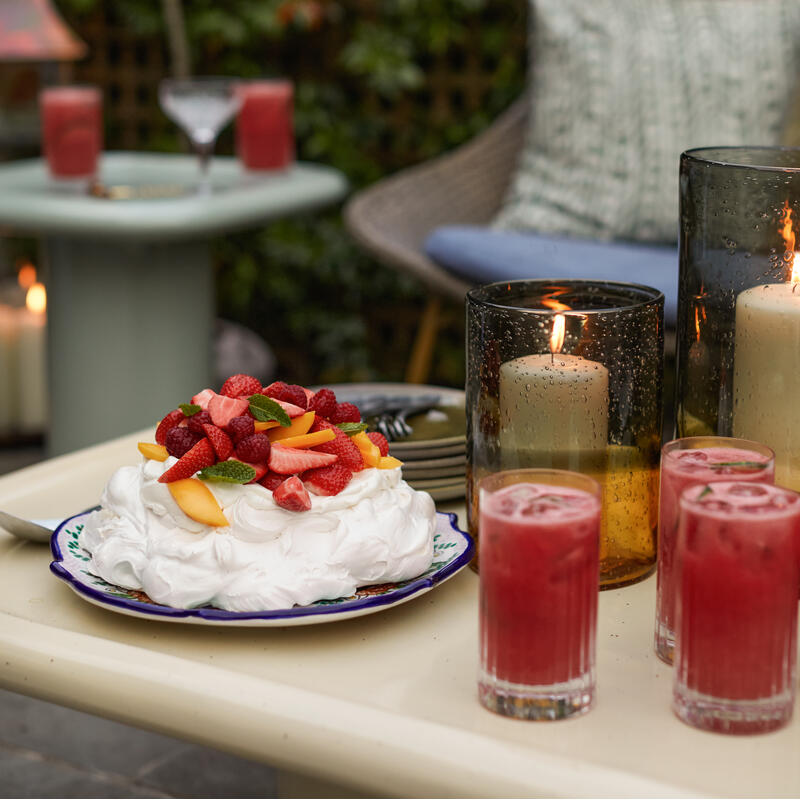 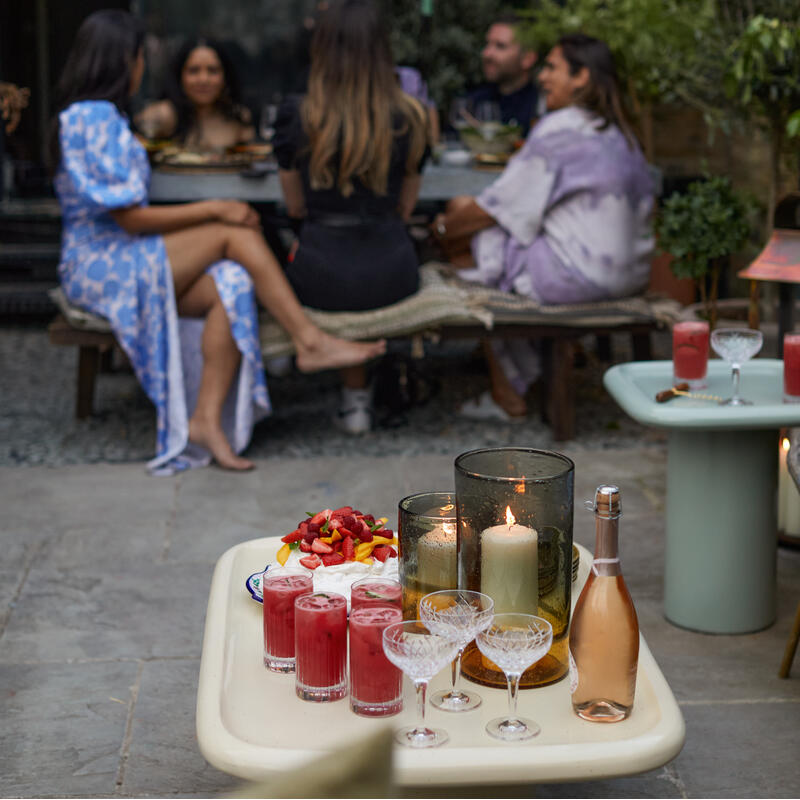 1. Blend the watermelon chunks until the mixture is smooth.

2. While transferring the mixture into a pitcher, strain through a sieve to remove as much of the foam as possible.

3. Take a cocktail shaker or metal cup and muddle the gin and most of the mint leaves by mashing them together using a cocktail muddler or wooden spoon.

4. Pour the gin mixture into the pitcher and stir into the watermelon puree.

5. Fill a glass with ice and add the watermelon cocktail until it reaches two-thirds of the way up. Top with soda, then garnish with mint and cucumber.

Learn more about how you can become a Soho House member and gain access to our Houses globally. 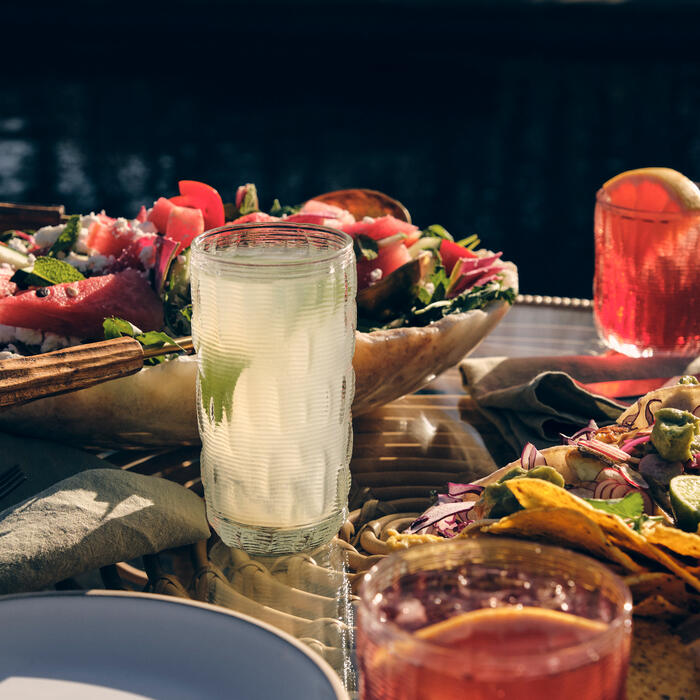 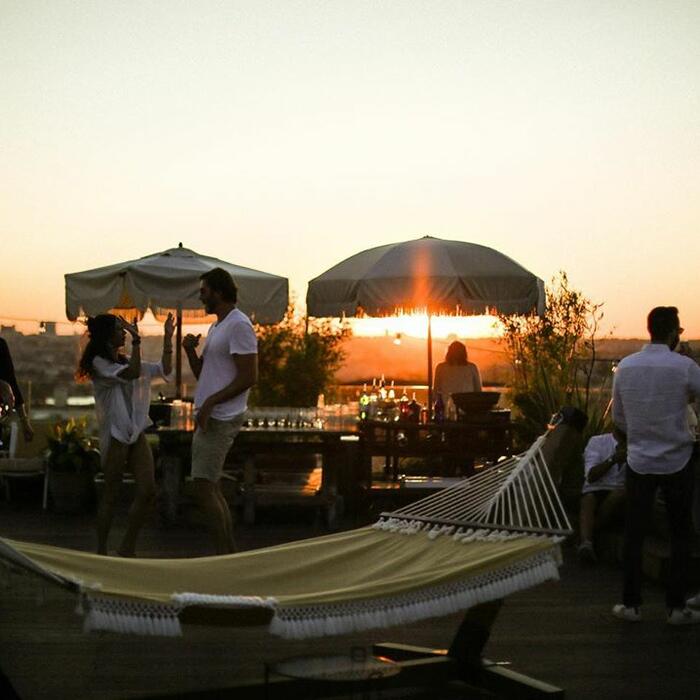 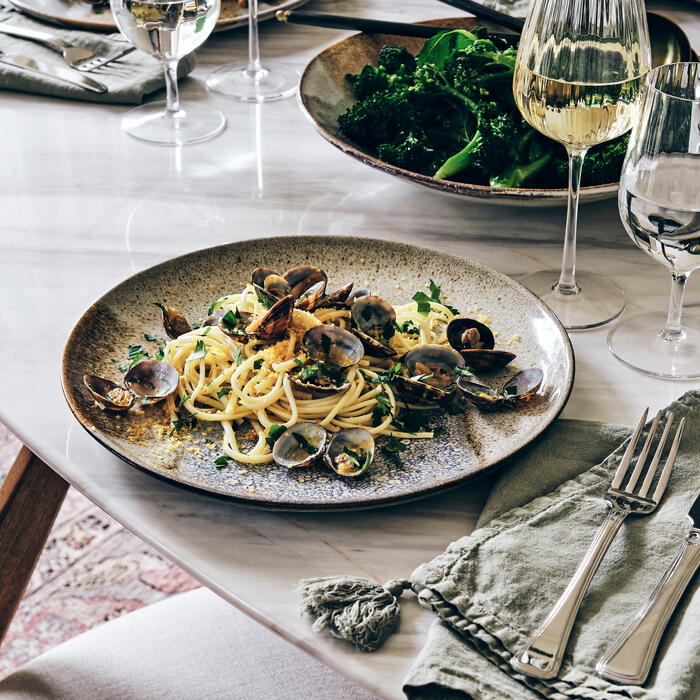