Skip to main content
Place your order with large items before 1pm on Thursday, December 1 to guarantee delivery in time for the holidays
Book your complimentary interior design consultation with Soho Home Design
Join Soho Friends and get 15% off all full-price purchases and free delivery all year around*

Soho House Head of Collections Kate Bryan curated the eight limited-edition prints by artists whose work hangs in the Houses that make up Soho Home Editions. Watch the film to find out how to create your own salon hang, then read on to learn more about Kate's career and approach to collecting art - both for the Houses and for her own home.

We always curate the Houses specifically; we want there to be good stories for the members and we tend to work primarily with local artists. For example, when you come into 40 Greek Street there’s lots of bookshelves and on top of that is an art collection called ‘Libre’, which relates to the printed word. It was kind of a joke; Soho House is full of creative people but often they’re on their laptops, not reading books, so it was something we were keen to think about new ways of dealing with. The idea was we’d have an art collection that was all about the printed word, so books, newspapers, magazines, old libraries – all the art relates to that. The Circle Bar has a collection called ‘40 40 40’ which is 40 artists under the age of 40 at 40 Greek Street – that was a platform for young artists.

The Ned is a site in the City of London which has such a patriarchal history. The financial world is a very male-dominated part of British industry, so we took the FTSE 100 CEO gender ratio on January 1, 2017, which was 93 men and 7 women running the top companies. That gender bias infiltrates every aspect of society, culture and economics so we wanted to create a dialogue about the fact that the art world is also very skewed towards men. We inverted the ratio with artists, chose 93 women and 7 men, and called it the Vault 100 as they’re all down in the Vault. It has been a really successful platform for women artists. 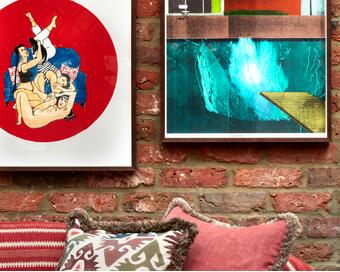 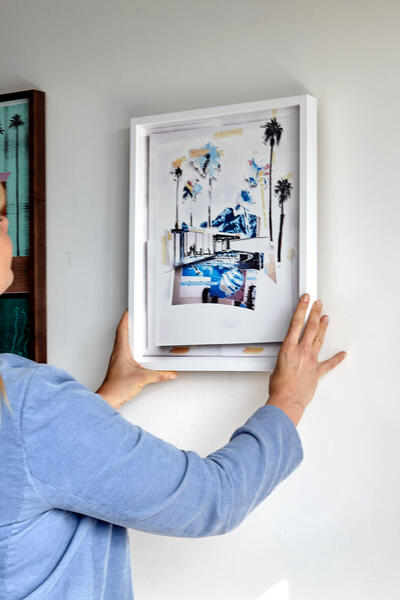 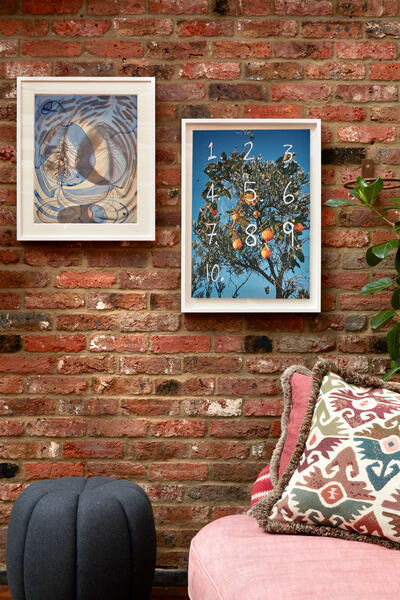 'The first piece I bought was a painting by an Australian artist called Paul Davies who was showing when I lived in Hong Kong. It is a painting of Frank Sinatra's house as seen from his swimming pool at night time. It's like a family member - I've travelled round the world with it. Works have a different life [depending on their location] - in Hong Kong I had a very modern apartment and I now have a very old Victorian house with a totally different feel. Just shifting rooms is amazing - if you can move things around every now and again it gives a totally different perspective. Paul's gone on to be really successful and has just made an 18-foot-wide painting for us for Soho Warehouse in LA, for the roof. So it was the beginning of a very useful relationship and we're very good friends now.'

2. Buy What You Love

'I think you should always buy what you love. There's no harm in putting yourself out of your comfort zone, especially on your second or third purchase. You don't have to spend a lot of money; I've made very sensible investments at the £200, £300 mark. The great thing about doing salon hangs I would say is lay everything out on the floor and then stand above it on a chair and photograph it on the floor and then hold the camera up to the wall and then you've got an instant way of thinking how it's going to look on the wall. It saves you putting loads of holes in the wall, so you can fiddle around on the floor endlessly, just put a sheet down. That's a really easy way of planning how it's going to look on the wall.' 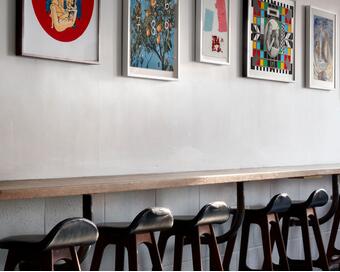 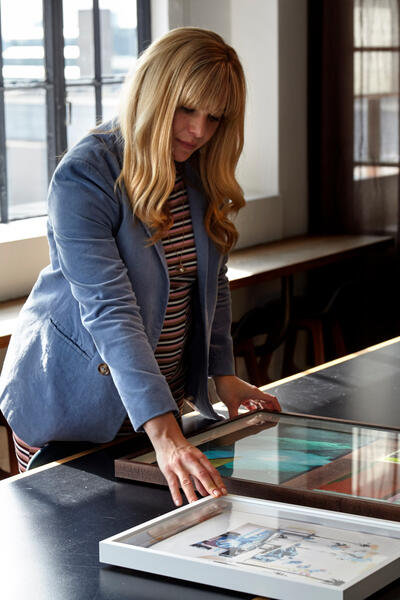 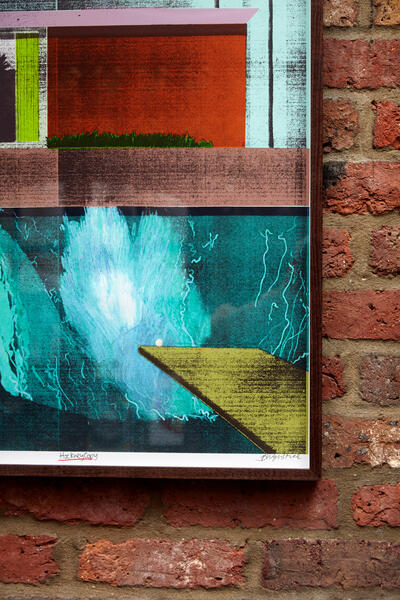 3. Collecting For My Home

'I have quite a different budget! But I collect a lot of the same artists that I would collect for Soho House. I really like things to have a good duality, so if I've done one area which is quite hard and intense then I always try and break it up with something else because I think you need a rhythm throughout a house, even throughout a room. I'm really conscious of not colour coordinating, which is easy to fall into because you just naturally like certain colours so you'll end up having curtains with that colour, then you might end up buying a picture with that colour - you've got to be a bit careful. I make sure that I'm collecting enough women artists because if you're not put in front of women artists it's harder to find them. With Soho House, it was very conscious to make sure that we were at 50 50.'

'I studied art history at Warwick and my first job was at the British Museum working on the 2006 Michelangelo drawing show - my great love is works on paper. Michelangelo's dead so he's an easy artist to deal with, but contemporary art is harder because everyone's alive! But it is really fulfilling. I ran a gallery in Hong Kong when the art world was in its genesis period and while I was there I did my post graduate degree and studied Asian art. Back in London, I ran the Fine Art Society Contemporary on New Bond Street which is the oldest commercial gallery in London. After a few years I started doing TV presenting - I aim to bring art to a wider audience because I believe it's for everybody and I'm not elitist about it. I was in Rome doing stuff for Sky Arte Italia when Nick [Jones] asked me to look after the Soho House collection permanently.' 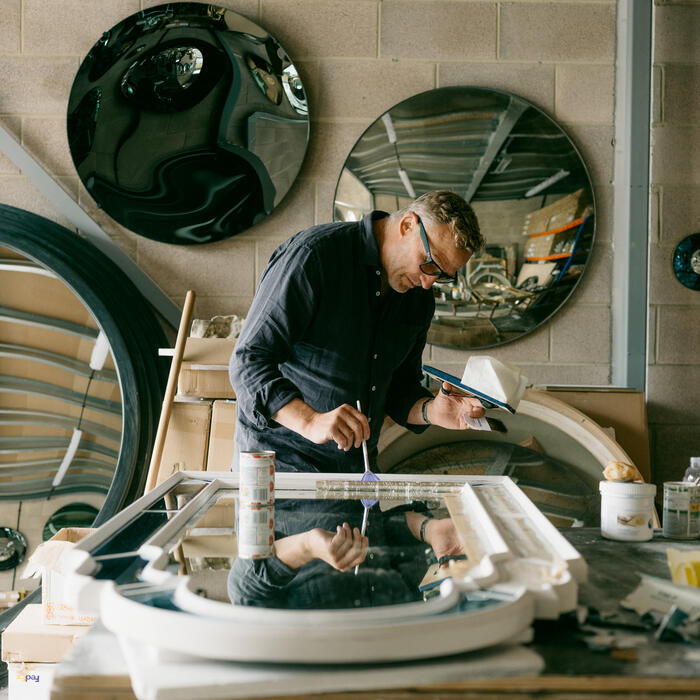 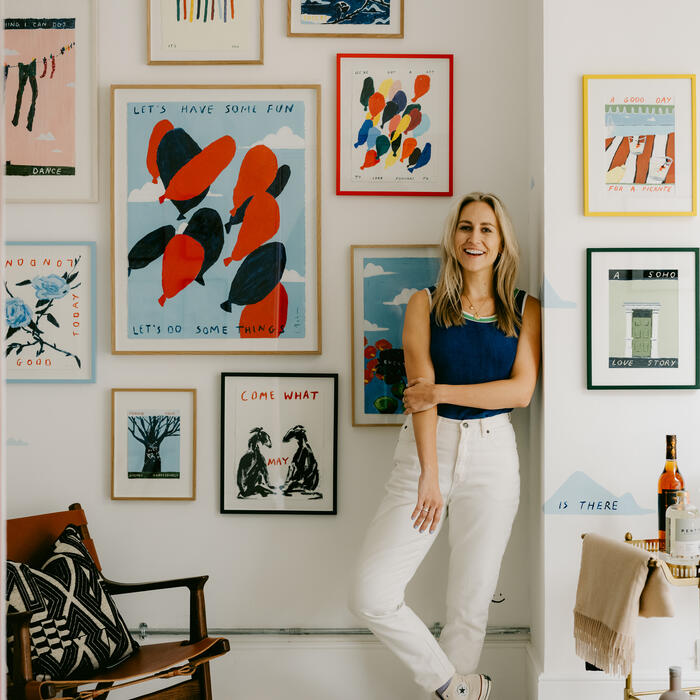 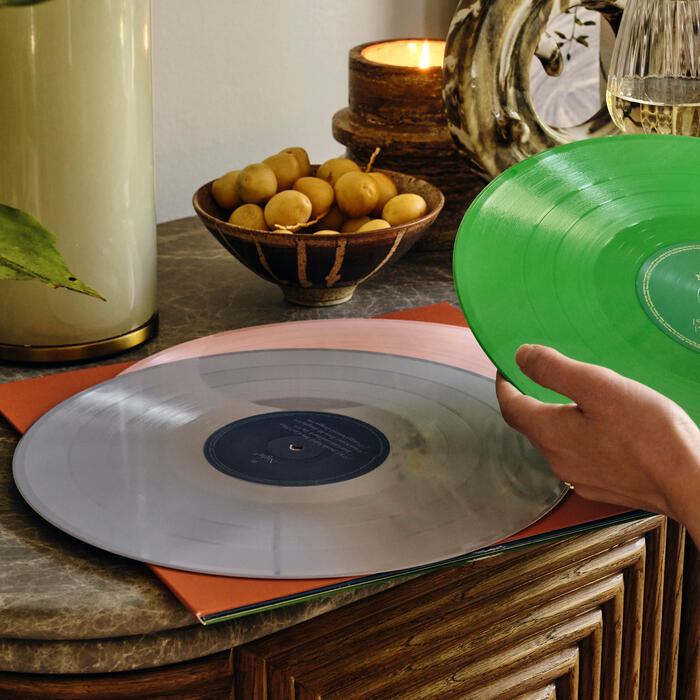