Due to the busy period, our delivery times are a little longer than usual.

On Dean Street in Soho, London, stands a row of Georgian townhouses - one of the last of its kind in the city. Number 69 was built in the 1720s by a master carpenter who worked on St Paul's Cathedral, while 76 joined the block a few years later in 1732. Today these two buildings are Dean Street Townhouse and Soho House 76 Dean Street. Read on to learn more about their histories and the people who lived in them.

Soho House 76 Dean Street is located in one of the oldest townhouses in Westminster, built in 1732 by Thomas Richmond. The original tenant was the seventh Earl of Abercorn, a fellow of the Royal Society who lived in the building from 1735 until 1742. The naval-themed murals in the main entrance hall and around the staircase by artist John Devoto were probably commissioned by the Earl's son, James Hamilton, a lieutenant in the Royal Navy.

The Grade II-listed building subsequently housed the Hon. Henry Bathurst, who became Lord Chancellor of Great Britain, and Hon. Edward Stratford, later second Earl of Aldborough. During the 19th century, the townhouse was a school of industry for children and a leather-cutting factory. In 2015, we opened Soho House 76 Dean Street, marking the start of a new chapter in this landmark Georgian building which has risen, quite literally, from the ashes. 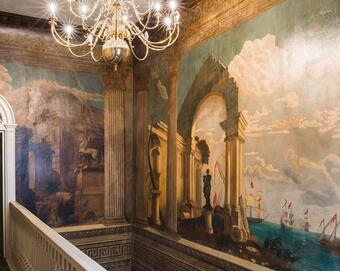 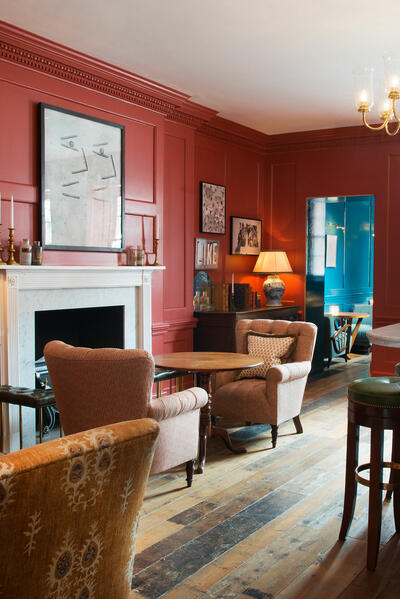 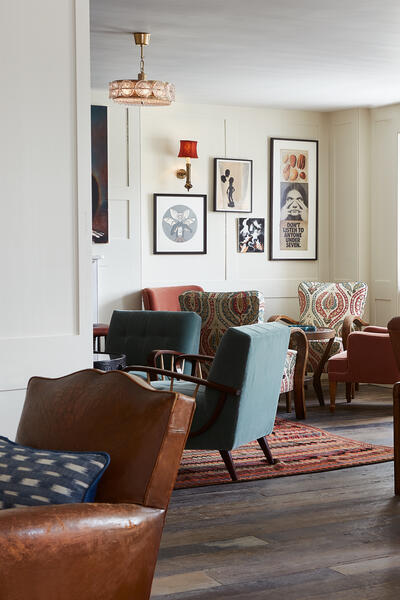 Out of the fire

Miraculously, after a devastating fire in July 2009, the staircase and its original murals suffered only minor smoke damage. Following a series of emergency works to stabilise the building, Soho House stepped in to rebuild the landmark Grade-II-listed Georgian townhouse with SODA Studio architects. We spent 18 months restoring it to its former glory, with the intention of not merely producing a 'typical' Georgian townhouse from the pages of a book, but conserving and restoring the details particular to 76 Dean Street to create a building deserving of its heritage.

The blue room features a restored Georgian fireplace, vintage marble cladding and 100-year-old pine wood floors. The wall panelling, dados and cornicing were replicated in line with the building's Grade II listing. The main staircase has an 18th-century mural that took more than 12 months to be restored by Stephen Paine and John Brinklow. A smaller original Georgian staircase was also reinstated. An extension was added to the back of the original structure, along with a roof terrace and courtyard, providing one of the few outdoor dining spaces in Soho.

On the corner of Dean Street and Meard Street, you'll find a plaque detailing the history of this block of Georgian townhouses, which includes the building that is now home to Dean Street Townhouse. 'Meard's Street' was built between 1720 and 1732 and is one of the last streets from the early 18th century remaining in London. John Meard Junior and his father Meard Senior built it during the Georgian period, which is generally regarded as a high point of English architecture. 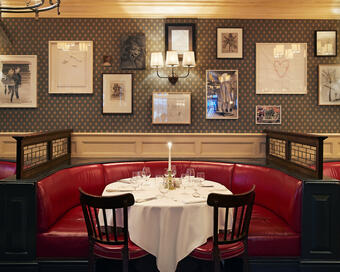 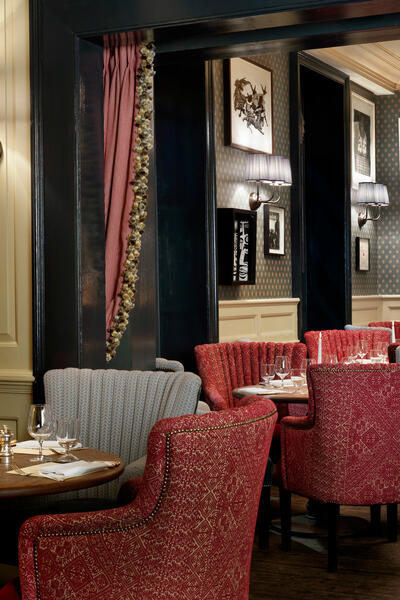 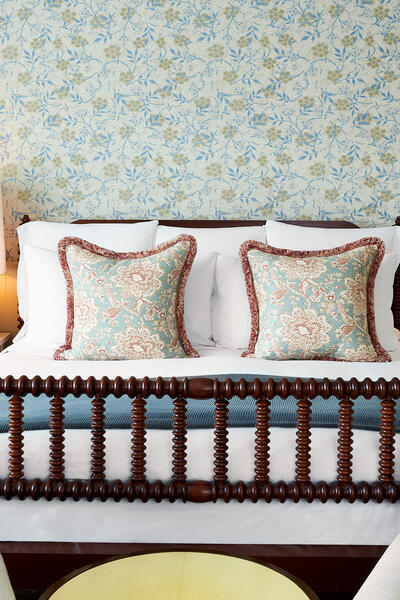 John Meard Junior was one of the great carpenters of his generation, rising to the position of Master of the Worshipful Company of Carpenters' in 1735, and working with Sir Christopher Wren at St Paul's Cathedral. On his father's death in 1713 he inherited several properties in Soho and went on to build the groups of houses forming Meard's Street, followed by four large townhouses - 67 to 70 Dean Street, with 69 the largest of the four.

In 1928, aristocrat David Tennant founded the Gargoyle Club on the top floors. Famed for its mirrored interiors and Henri Matisse's L'Atelier Rouge on one wall, the Gargoyle's members included Fred Astaire, Noël Coward, Tallulah Bankhead and Dylan Thomas. In the 1950s, artists like Francis Bacon and Lucian Freud frequented 69, and in 1979 the Comedy Store took over, while in the basement Billy's - then renamed Gossip's - was a hangout for a new generation of British music stars. Soho House got the keys to 69 and 70 Dean Street in 2008 and opened Dean Street Townhouse the following year. 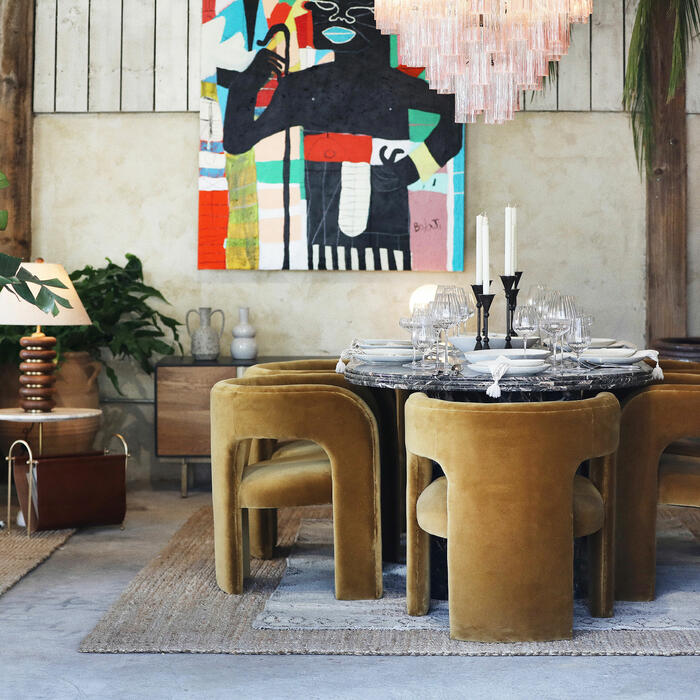 Soho Home, now in the heart of Oxfordshire